It seems like the odds have "turned" in our favour as we near the completion of our #4WeekProject! The whisky is done, labeled, and bottled.

Now the next and final step is to have a bunch of our friends taste the whisky. But before we to that, let’s look back on the past few weeks. What have we learned? 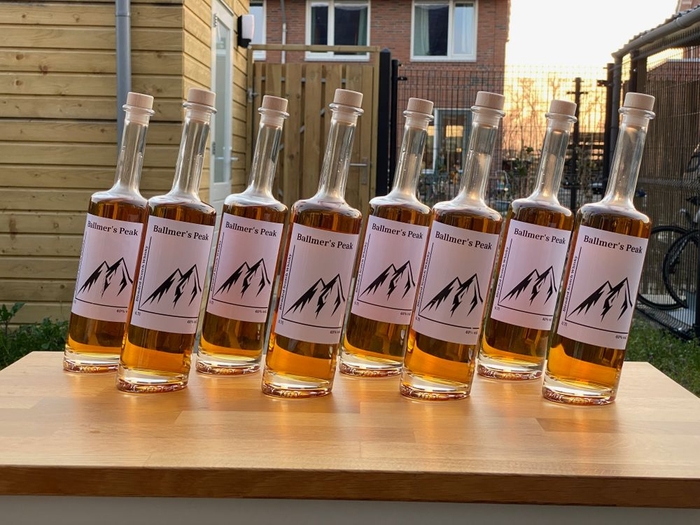 We initially selected our four source whiskies because we thought we would want to use a bit from all of them. Sweetness from Monkey Shoulder, body from Glenlivet, peat from Coal Ila, and brininess from Ardbeg. We expected the brininess from the Ardbeg to offset some of the Monkey Shoulder’s sweetness, but we soon found out it resulted in a more pungent note. Not something we wanted for this particular whisky. In the end we chose to leave out the Ardbeg altogether and just drink that one neat 😉.

This week we printed the labels we designed in week 2. Should be simple, right? Just print the design onto sheets of stickers and done. WRONG. The first prints came out super blurry even though we disabled scaling settings. Not something our lovely bottles deserved. However, when we exported the designs as a PDF and printed them using Adobe Acrobat Reader, they came out great! Why?!

Down the rabbit hole we go. Turns out, most home printers use PCL, or Printer Command Language, to decode your printing job into what the printer actually has to do. The newest version (version 6) of this protocol was released in 1995. Not quite bleeding edge. But something strange happend during the translation process which resulted in blurred labels. Luckily, Luca’s printer also supports Adobe’s protocol called PostScript. This meant that when we printed the labels using Acrobat Reader they turned out great.

Thanks to Luca using his brainpower, we had a few spare labels. Apparently mathematics does not allow you to bend a piece of paper along two different axes. Go figure. So after a bit of trial and error we figured out a way to get the labels onto our slanted bottles as straight as possible.

Just realised I should probably print some extra, just in case ^^’ Printing exactly enough labels is asking for trouble.

Last Saturday we received the bottles and corks. Boy were we nervous when we first tried to cork the bottles… The corks seemed way too big. However, after leaving the bottles corked for a few hours, the corks fit just fine! So now we have our personalised whisky, in our special bottle, with our own label. Happy us 😊. 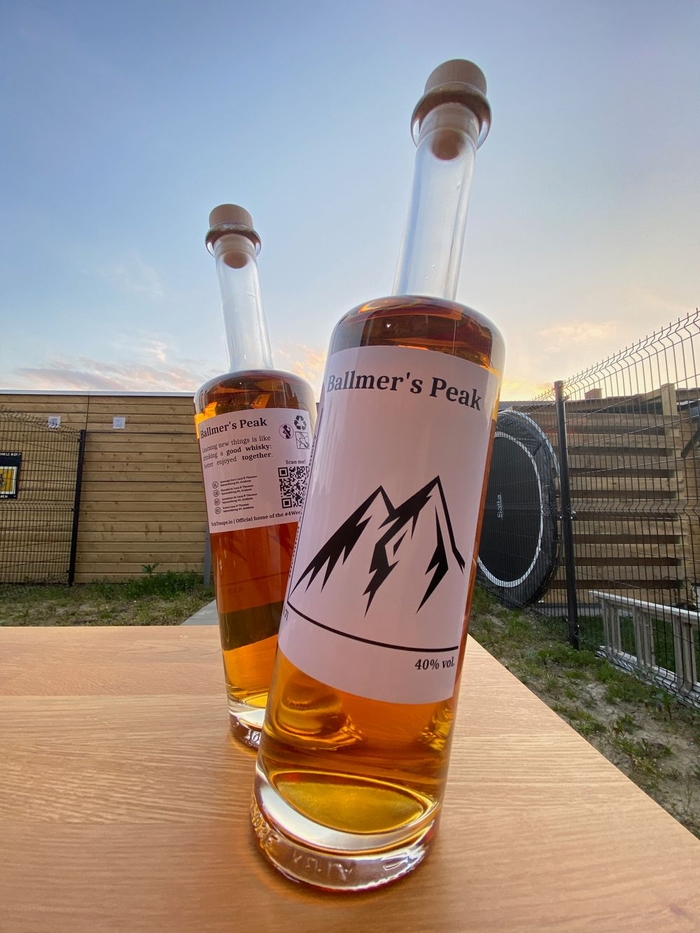 If the bottle is standing up straight, you should probably stop drinking.

We’ve got an interesting (and even very drinkable) whisky, we learned a bunch of stuff, and we both did something we’ve never done before: blending our very own whisky. So it’s safe to say that so far the project has been a success! Just one thing remains, and that is to see how our friends feel about our creation. Next week we’ll be subjecting some of them to a taste test, gather some opinions, and see what they think!